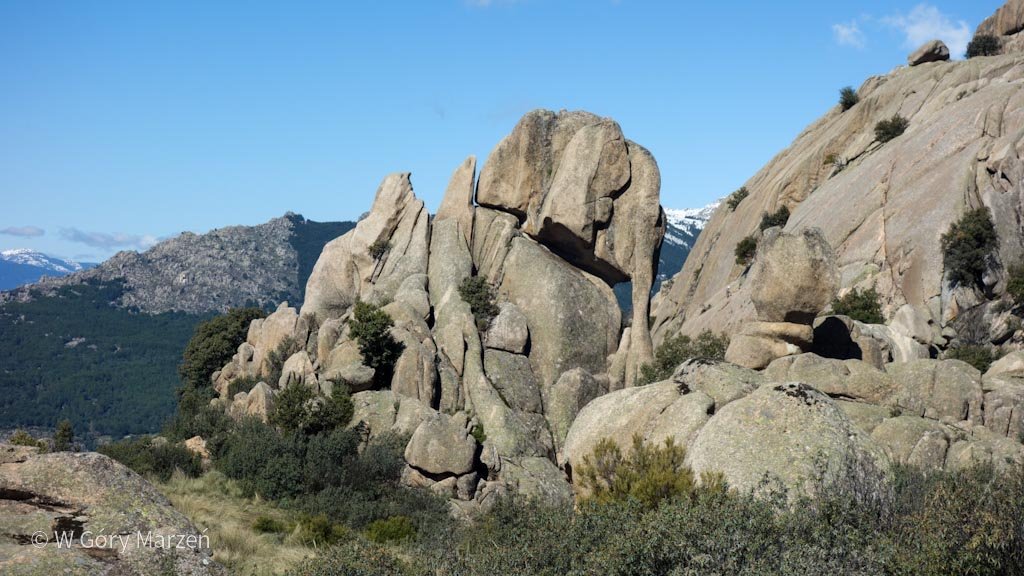 La Pedriza is one of the most curious and interesting mountain ranges in Spain. It attracts with its extremely sculpted by nature shapes of rocks. Some resemble people, other animals, and some give the impression that they are about to fall apart at the slightest gust of wind.

La Pedriza belongs to the Sierra de Guadarrama National Park, which is located near Madrid. The closest town is Manzanares el Real. This is where the bus from Madrid goes and many routes start here.

I went to La Pedriza with my friends in mid-April. There was still some snow in the highest parts at this time of year. We took the 18 km route from Manzanares el Real to see spectacularly carved by nature rocks: El Elefantito (elephant-like rock), El Acebo (where there is a mushroom-like rock), La Cara y Cuatro Damas (face and 4 ladies) and already arranged by a man of the Pyramids.

How to get to La Pedriza

We can reach Manzanares el Real by public transport from Madrid. The easiest way to get there is the 724 bus, which departs from Plaza de Castilla station. You can easily get to the station by metro from the city center, just get off at Plaza Castilla station and go to the exit of the bus station. Bus 724 departs from gate 26.

The journey to Manzanares el Real takes approximately 45 minutes and currently the normal ticket costs 4.2 EUR. To buy a ticket from the driver, you need cash in small banknotes.

The exit to the trail starts on Calle de las Peñas, on the edge of the town, about 1.5 kilometers from the bus stop in the center. At the beginning of the trail, we have several options to choose from, we go up the PR-M1 trail. The route is clearly visible, after about 1 kilometer we reach the viewpoint on Manzanares el Real. Mountain chamois are warming on the rocks. At this point, we can turn left for about 200 meters to visit the Cueva del Ave Maria cave.

We’re moving up. At the next cave, Cueva del Chaman, turn left again towards El Elefantito. The trail is not well marked here, especially it is easy to get lost when crossing a large stream. It’s good to have a map ready (I recommend the maps.me app). Fortunately, we quickly get back to the right route and after about 15-20 minutes from the cave we reach the viewpoint on El Elefantito. The rocks really look like a little elephant!

After a short break for photos, we head back to the main trail. From now on, there are several rock approaches where it is good to use your hands. In mid-April, there is still snow on the route, which at times turns into a stream of water flowing along the trail. Every now and then we come across a vantage point from where we can admire Manzanares El Real from ever greater heights. Next to the trail there is another interesting mushroom-shaped rock. After about 2.5 hours of walking and about 590 meters vertically, we reach the highest point on today’s route – El Acebo. In this area, it is located at an altitude of 1578m above sea level.

We continue along the route to the right, leaving the PR-M1 route. After a while, we find another interesting corner, where there are face-shaped rocks (La Cara) and 4 dams (Cuatro Damas). We continue down the road. On the right, we have a beautiful view of the beautiful, sharp peaks of the La Pedriza mountains and the snow-capped peaks of the higher Sierra de Guadarrama. In the distance we see several pyramids made of stones. They are located on a flat at an altitude of 1420m above sea level.

After passing the pyramids, we go down the GR-10 trail. We pass the area called El Jaralón until we reach the “end of the path” – the fence. To get on the route, go to the other side and continue the route on a wide gravel road. We chose the option this way, up to the Embalse de Saltillana water reservoir and the asphalt road connecting Madrid with Manzanares El Real. The final leg connects to the Camino de Santiago section from Madrid. The route is already flat, but depending on the season, there may be wetlands and streams to navigate.

Summary of hiking in La Pedriza

La Pedriza is a beautiful place with unusual views and rocks. During the hike, we deal with unusual rock formations at practically every step. The total route took us about 18 kilometers and 7 hours. We returned to Madrid by bus, which departed at 5 pm A trip to La Pedriza is a great idea for a day trip from Madrid.

More about trekking and routes in the vicinity of Madrid, including the ascent to the highest peak of Sierra de Guadarrama – Peñalara at this link. 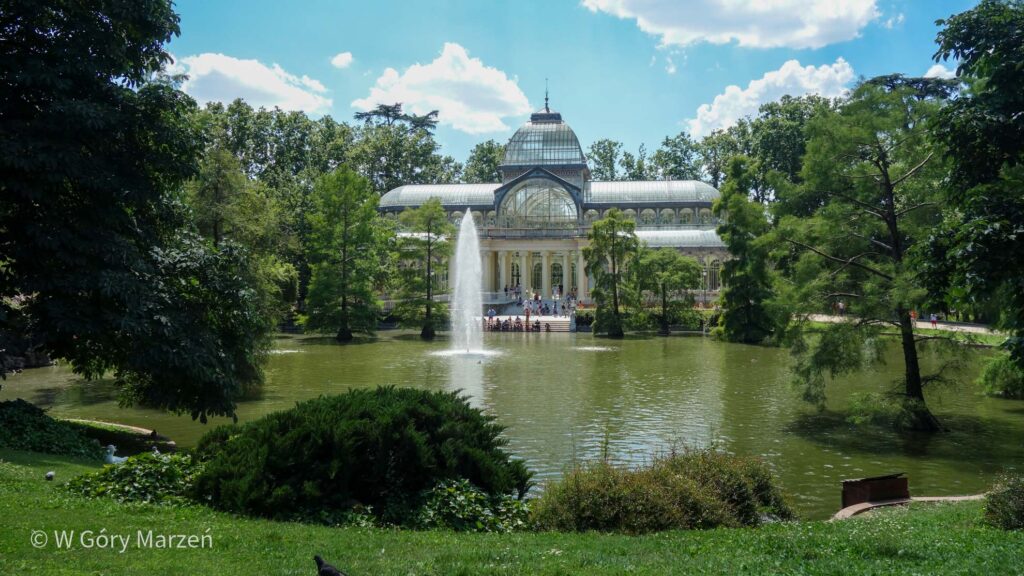 Madrid – what to see in Madrid 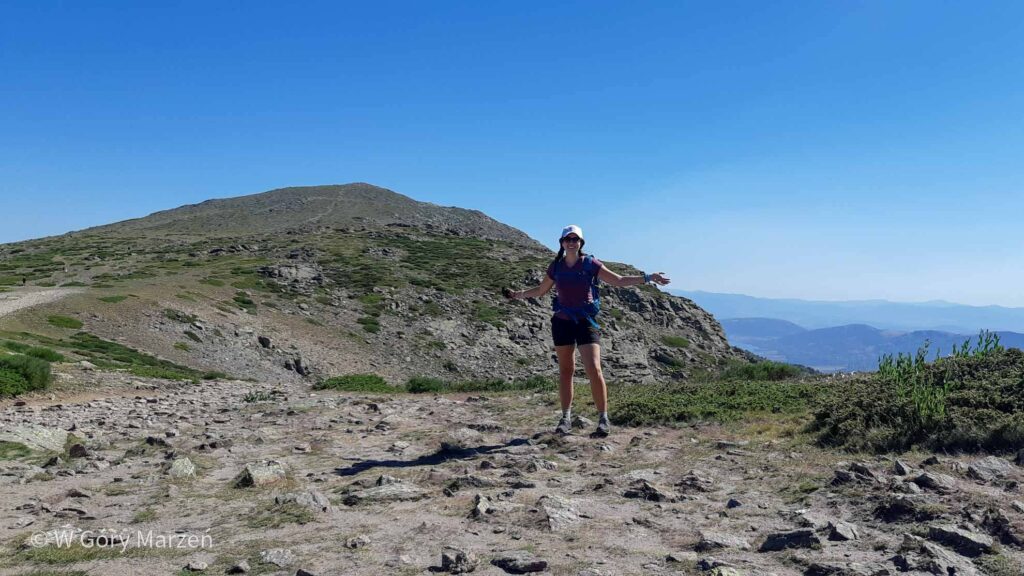 Peñalara – the highest peak in the vicinity of Madrid. Sierra de Guadarrama