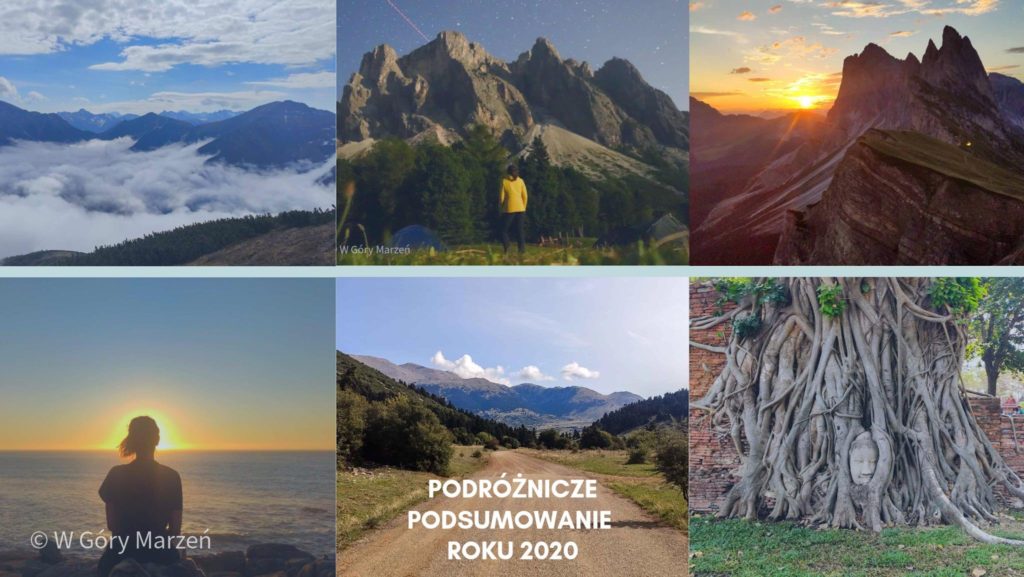 A travel summary of the year 2020, which is coming to an end. I recently returned to Polish and have some time to collect and summarize my thoughts and memories. Despite the complicated situation in the world, it was a very travel year. I walked many kilometers, met great people, and at the end of the year I returned to writing this blog 😀 I know that it was not easy for everyone, and maybe this summary will inspire someone to listen to the heart and have the courage to act or to see something good in the past year.

In the second half of January, I bought a one-way ticket to Asia. At the beginning there was a flight to Singapore, and after 3 days a flight to Siem Reap in Cambodia.

I really liked Singapore, a modern and very green city. The Gardens by the Bay themselves made an amazing impression on me. I was very positively surprised. After a few days I got on a plane in Cambodia.

On the plane I met two Poles with travel experience in Asia. They sat us down together on the whole plane! They talked about their travels and described Burma very positively. And so on this plane the decision was made: great, the next direction Burma!

In Cambodia I visited the ruins of the city of Angkor, which you can read about here: Angkor and Angkor Wat in Cambodia. I was also on a several-day yoga retreat in Siem Reap.

In February I went west of Cambodia to the capital Phnom Phen and further south to Kampot. There are, among other things, pepper farms. It was here that for the first time in my life I rented a scooter and learned to ride it!

The next stage was the paradise island of Koh Rong Samloem. A week of rest and sunbathing. When you come to this island, it’s very hard to leave. Incredibly relaxing climate, clear water. There are only restaurants and hotels on the island. You can go diving, including seeing glowing plankton.

From the island I bought a direct ticket (for a boat and buses) to Bangkok in Thailand. The journey was scheduled to last 18 hours, but it was extended to 26!

I spent about 2 weeks in Thailand, mainly visiting the northern part of the country: Ayutthaya, the former capital of Sukhotai, Chiang Mai and the backpacker town of Pai. In Thailand, I also went to the reserve of elephants rescued from work in tourism.

I planned to cross the northern border of Tachileik to Burma. However, just before buying a ticket, I learned that yes, the border can be crossed. However, the road for tourists is still closed and you can only get to the center of the country by plane. So I changed my training schedule and drove south to the mae Sot border crossing. From there, a few hours of car ride with locals to Hpa-An, a charming town located between individual mountains, awaited me.

In Hpa-An I spent a few days on one-day trekking and trips to temples and caves. I also went for a day to Mawlamyaing, where the largest statue of the reclining Buddha is located.

The next stop was Kalaw from where I set off on a 3-day trekking to Inle Lake through Burmese villages. Inle Lake is the second largest lake in Myanmar. There I also spent a few days resting after trekking and sightseeing, riding a bike or sailing a boat.

After Inle Lake I went to the town of Hsipaw in the north with the intention of another few days of trekking in the mountains. However, both in Burma and in Europe and this part of Asia, the “covid” issue was becoming more and more serious. In Hsipaw they canceled all several days of trekking. For this reason, the next day after my arrival, I set off on the famous train to Mandalay. There I learned that in Poland they are closing the border. It was necessary to make a decision quickly, I bought a ticket to Bangkok, and then by Flight home I returned to Polish quarantine.

April: Walks in the forest

April was a very quiet month. I went back to my routine, to my daily yoga and healthy eating. When they opened the forests, I also started daily walks to the forest. Watching spring and green trees.

In May, just after announcing the opening of hotels, I went to the Tatra Mountains for a week. There was still a lot of snow in the higher parts of the mountains. Together with Agata we went without winter equipment, so we went to Kasprowy Wierch, Valley of 5 Polish Ponds, Morskie Oko and Chochołowska Valley.

June: Volunteering in the Tatras

In June, I started the season as a volunteer. For a week we helped clean the trails in the Western Tatras. By the way, we went 2 times to Giewont, Kasprowy Wierch, Nosal, Starorobociański Wierch, Skarnie Skałki, Kozi Wierch and Morskie Oko through Świskę.

Another two weeks of volunteering in the Tatras. Daily bonfire and heated oscypek. This time I went to the caves in the Kościeliska Valley, to Ornak, to Czerwone Wierchy through Małołączniak, to Kościelec (returning it was necessary to clean up the Path over Reglami) and to Orla Perć – the section from Skrajny Granat to Krzyżny. In July, I also had a small adventure with encountering a bear on the trail in the Kościeliska Valley.

It was a very mountainous month, because a week after volunteering I flew to Italy in the Dolomites. It was love at first sight. Together with my friends we hiked in the area of Seceda, Tre Cime and Lago di Brai. We slept in tents somewhere in the mountains in the bosom of nature. And Italian pizza and ice cream!

Looking at the accumulation of trips, August was probably the most intense month in 2020. It started with the Tour du Mont Blanc. It is a trekking around the Mont Blanc massif. You go through 3 countries: Italy, Switzerland and France. The route is about 170 kilometers long, and the total elevation reaches 10000m. Mountains, beautiful views, sleeping under a tent, in a word, freedom.

After TMB I needed to rest and move 1600 kilometers from Italy to Spain. For a 3-day rest I stopped in Montpellier, France. There I decided to change the direction of travel and buy a ticket to San Sebastian, from which I went further to Bilbao and finally to Oviedo.

From Oviedo I went to the Camino Primitivo. It was one of the most beautiful periods of the year. During the Camino I also rested from online life, being only here and now. Pilgrimage to Santiago de Compostela which we reach on August 31.

In September, I continued on my way to Muxia and Finisterra to finish the Camino on the Atlantic Ocean. After returning by bus to Santiago, however, I decided to go in the direction of Portugal. First it was supposed to be hitchhiking, but after reaching Bayonne near the Spanish-Portuguese border, we went further on foot to Porto along the Camino portugues de la Costa route. In total, there were about 560 kilometers of walking on the Camino.

After reaching Porto and understanding the prevailing situation in Europe, the only warm country that did not require any test or quarantine and had cheap air connections from Porto turned out to be Malta. And so I spent the next 3 weeks in Malta and Gozo. In Malta, the most interesting for me were megalithic temples built around 3500 BC.

The next stage of the journey was Greece. A negative Covid test was needed to enter the country, but fortunately in Malta it could be done for free. And so for the next weeks we visited Athens, peloponnese:m.in. Epidaurus, Corinth, Sparta and Olympia. Then Delphi and Meteora. This October allowed you to visit without a crowd of tourists, which could be felt anywhere in Greece. Sometimes, however, this meant that it was not possible to get by bus to the mountains or to some attractions and towns, because many connections were canceled.

At the beginning of November I returned to Polish and settled in Krakow. It was a month of recovery after travels. Before the museums closed, I also visited Auschwitz and several museums in Krakow. We managed to go to the Tatra Mountains, To Wrocław and Warsaw.

December: back to work

In December, after a year of vacation, I returned to work. It is a time of summaries, organizing memories, photos and things. in the closet. I also went back to writing this blog.

And so wonderfully passed the year 2020. Maybe not everything went my way, but every time I learn to let go. Such permission to happen and listen to our intuition brings us miracles, much more than our original dreams. It’s been a great year and its summary! 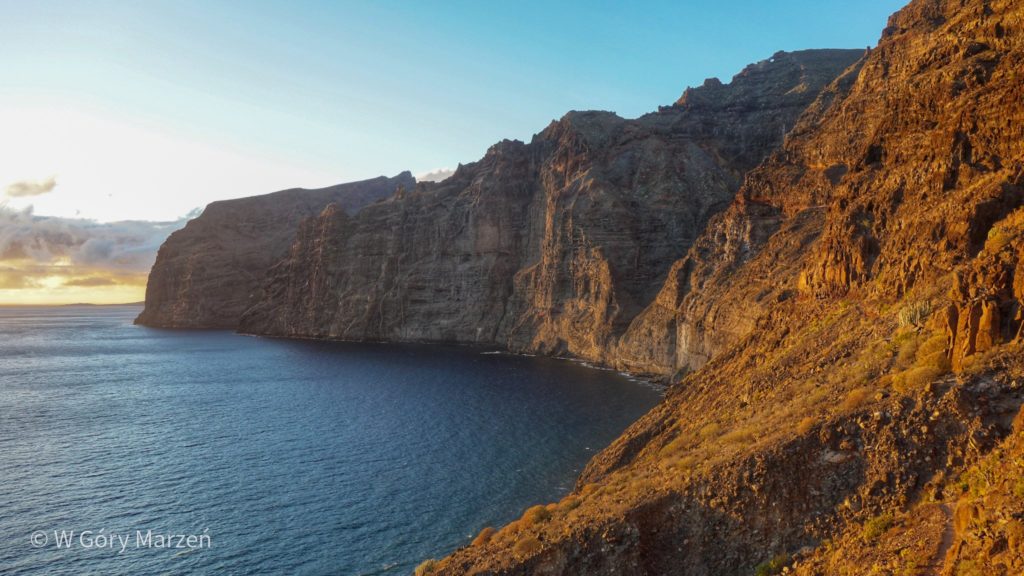 Tenerife – what to see, practical information 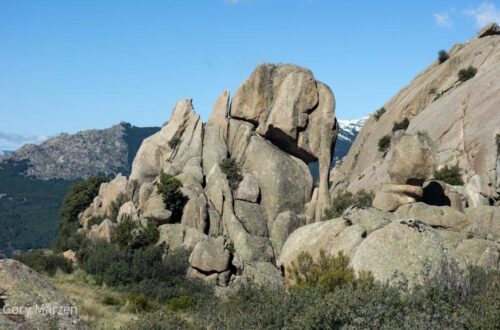 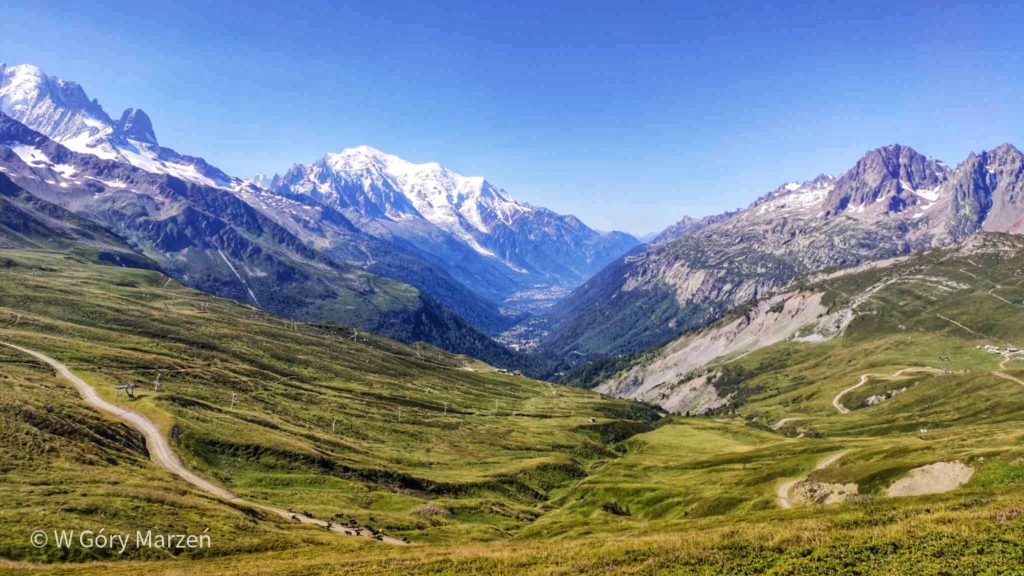